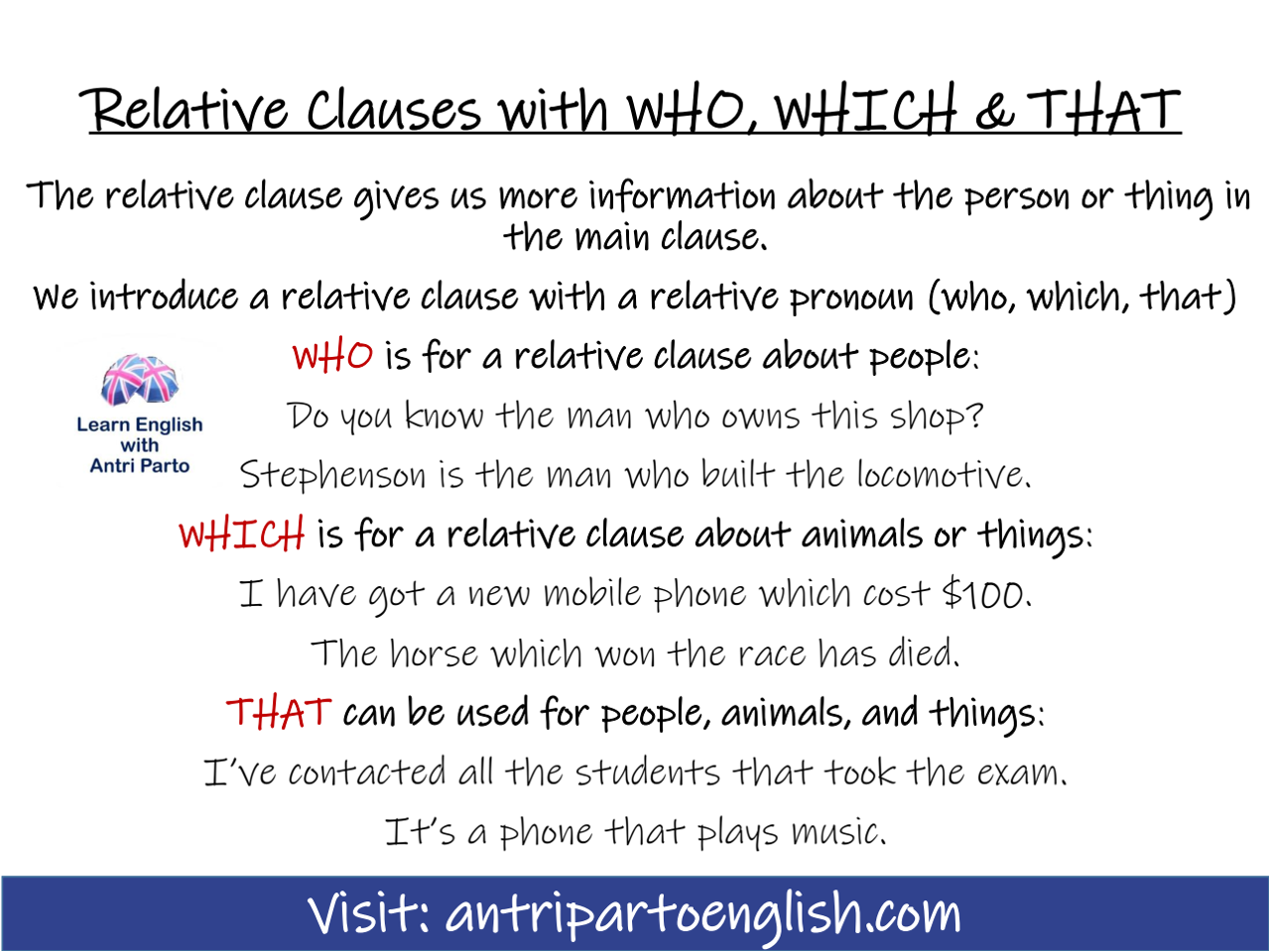 We can use relative clauses to make two sentences into one sentence.

This is my friend who lives in New York.

There are three books which form the ‘Lord of the Rings’ series.

I’ve got a camera that takes great photos.

The relative clause gives us more information about the person or thing in the main clause.

We introduce a relative clause with a relative pronoun (who, which, that)

WHO is for a relative clause about people:

Do you know the man who owns that shop?

Stephenson is the man who built the locomotive.

WHICH is for a relative clause about animals or things:

The horse which won the race has died.

THAT can be used for people, animals, and things:

I’ve contacted all the students that took the exam.

It’s a phone that plays music.

One thought on “Relative Clauses with WHO, WHICH and THAT”